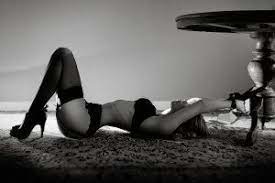 Finally holidays!! I ran out of the school and quickly cycled home. Along the way I ran into that annoying boy from my class again. Like me, he was 17 years old. "You are such a hot chick" he shouted to me all the time, "can I touch your nice round breasts? Can I look under your skirt?". Luckily I was home quickly and ran inside. I was ready for this week's vacation. My parents went to Paris together for the 7 days, so I was home all week with my younger brother, Lucas. My parents were ready to leave with all their bags, so I said goodbye and wished them well. Finally the whole empire to myself. The weather was nice and warm so I decided to sunbathe in the garden. I threw all my clothes in the wash and put on my bikini. I was home alone anyway, so I took off my top. I don't know if it was because I was so tired from school or if it was the heat, but I fell asleep. When Lucas came running into the garden crying, I woke up with a jolt. He was soaking wet from participating in a water fight and was covered in sand. I quickly put on a blouse and helped him change his clothes. I threw his wet dirty clothes in the wash. The laundry basket was completely full so I just put everything in the washing machine. I turned it on and immediately I heard a loud bang, the washing machine stopped and I couldn't open it anymore. I have that again, what a shit machine. I'll call the washing machine company tomorrow and lay down in the garden again. I also took it easy all day long. The next day I was woken up by Lucas shouting " Denise!" all the time. called out. I had to help him shower. Then I took a shower myself. After drying off I wanted to get dressed but all my clothes were in the washing machine. From my thongs to my socks. I only saw an old dress in the closet. It was white and of a very thin fabric, I think also a bit see-through. Unfortunately there was nothing else for it, so I put it on. Fortunately today was a nicer day than yesterday, so I wouldn't get cold. My dress was actually a bit too short, but I wasn't planning to go anywhere. In the afternoon Lucas came in after playing outside with his friends all morning. He was bored because everyone went to the beach with their parents to cool off. He wanted me to play with him, he kept whining. It drove me crazy so I agreed. I had to be the crook and he had to be the police and I had to hide and he had to get me. I lay down under my bed, but soon he found me. He made me go to the toilet which served as a cell. But after a few seconds I went out again to sunbathe in the garden. He came frantic at me and shouted that I had escaped and I had to be tied up. He decided to fasten me to the coffee table in the living room. So I lay there with my left leg on the left leg and my right leg on the right leg. He also wanted to hold my arms by the upper legs, but I didn't want that. Then I wouldn't be able to go anywhere. He got angry and almost started to cry, I didn't want that so I surrendered myself. I lay there now with my arms and legs tied to the four legs. "And now?" I asked. "You must lie here all afternoon!" he cried. I tried to break free but he still had me very well secured. He sat there with his water pistol pointed at me, warning that I would be shot at with every move. I thought he was bluffing and tried to free my arm. Suddenly he shot at my face and the water was dripping from the table. I decided to wait for him to give up. The legs of the table were each at least 1.5 meters apart, so that my legs were widely spread. After a while I felt some wetness, but he didn't shoot this time. It was because it was fluid that dripped from my pussy. It had gotten soaking wet there. It just made me horny. Suddenly the doorbell rang, it was a friend of Lucas who had come home again. He asked if he could come and play outside but Lucas said to watch me. The boy wanted to help and came in. I was lying there with two boys around. He seemed a lot older Lucas to me. At one point he sat exactly on the chair that stood on both legs in front of me. So he had a view of my huge wet pussy. I told my brother that I thought it was enough and wanted to pull myself free. Lucas thought otherwise and shot a load of water over me, but this time towards my breasts and pussy. Because my dress was white and also very thin, you could see all the way through it. The boyfriend was looking at me all the way, at my clear erect nipples pushing through my dress and at my shiny pussy.

I really wanted to get out of there and pulled as hard as I could, but again without success and followed by a water bombardment, this time he only shot the whole gun empty so that my whole dress was now stuck around my whole body. You could really see my whole naked body now. I now made one last desperate attempt because I couldn't get any more water over it, but again without success. The boyfriend said I should be punished for trying to break free and Lucas agreed. The boyfriend took a tea towel and tied it around my head, so that I couldn't see anything anymore. Then I got headphones on my head and with loud music so that I couldn't hear anything anymore. I was really left to fate now, can't move, hear nothing and see nothing. The boyfriend told Lucas to lay here all afternoon and they went out again. The boys had left the door open when they left, so there was a lot of draft in the living room. I didn't know about that and thought they were still around me. The music that came to my ears wasn't bad and I don't know if it's because of the rhythm of the music or because of the wind blowing over my wet body or if I had no idea what was going on around me, but I was getting more and more horny . While I had been lying there for a while, the phone had already ringed 10 times. So that was a friend of mine, Wendy, who wanted to ask me to go shopping. She knew I was home alone and therefore couldn't understand why I didn't answer. She thought something had happened to me and decided to go to me. So a little while later the doorbell rang, which of course I knew nothing about. Wendy called again and saw that the door was open and walked into the living room. She was shocked when she saw me tied up and wanted to untie me right away. But then saw my breasts that peaked straight forward almost through the dress with even stiffer nipples. Her eyes then slid to my pussy and she saw that my lip was all glued to the dress. Wendy understood that I knew nothing of her presence because of my tea towel and headphones on my head. She also got very horny when she realized how much power she had. She then gently touched me. This sent a shock through my body, I thought the boys had had enough and were going to untie me, but then the buttons of my dress were unbuttoned and pulled off me. Now I lay there completely naked and felt a few hands on my breasts. I actually wanted to scream for them to stop but it just made me horny and really enjoyed it. Slowly the hands dropped down and slid over my clit. I really liked it and moaned softly at it. So Wendy went ahead and put two fingers in my pussy, I answered by moaning even harder and she added another finger and started moving it slowly back and forth, meanwhile Wendy was massaging my breasts with her other hand and my nipples were stiffer than ever. I didn't know what happened to me. She started moving faster and faster and I moaned and screamed louder and louder, my body started to tremble and my muscles tightened more and more. I gasped and puffed and felt my body about to explode. I yelled for the boys to go faster and faster, which was a sign for Wendy that she really could do anything with impunity. She was now fingering so hard that my pussy was very wet and the horny was pouring out. Faster, faster, faster and faster. "Aaahhhhhhhhhh!!" I screamed. And then.... An explosion! I came hard, never had such a nice orgasm. Wendy was exhausted and fell to the ground. We had to catch up. I was then released and opened my eyes and then I was shocked when I saw Wendy. "You????", I asked surprised. I put the soaking wet dress back on, which was pointless because it was as sheer as can be. I asked where the boys were and what Wendy was doing here. Wendy told everything and then I thanked her. I then proposed to turn the tables now and Wendy also wanted such a nice turn and agreed..