"I kick off my pumps and take off my panties" 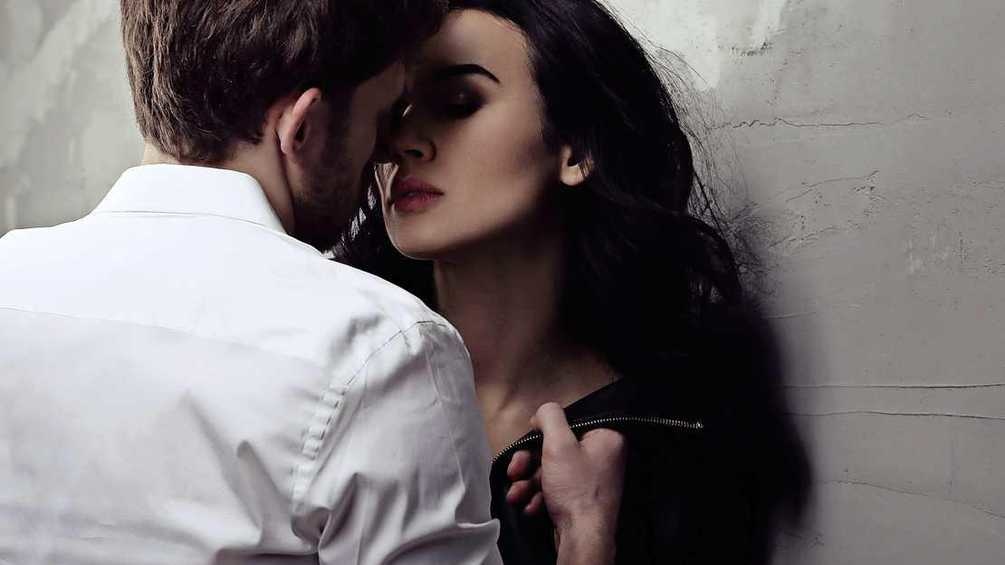 Laura is on Tinder. She scrolls through the profile photos and then suddenly sees an old acquaintance passing by.

“Look then”, screams Fleur and throws my phone at me. "Isn't that Mark?" I'm scared, because she's right. Mark stares at me from the screen. I know the picture, it is already a few years old. He looks good. But what is he doing on Tinder? Are things so bad between Josien and him? And – which I really want to know – why didn't he just call me?

Of course I can't resist swiping him to the right and a little later we have a match. “Hey,” he says. "I'll call you tomorrow, okay?" I don't answer. But let's wait and see if he actually does that. To distract Fleur, I start about my own business not getting off the ground and whether she thinks I should push through or if I should start applying again.

“I think I know something,” says Fleur. “I heard that they are still looking for a consultant at a PR agency in Utrecht. It is a maternity leave, so for about five months. Is that something for you?” When I object that I have no experience at all, she shakes her head. “You try to put artists away. Isn't that a form of PR? Wait, I'll give you my contact's phone number.”

After some hesitation, I call Pauline, the contact person at the PR agency that Fleur recommended to me. She sounds very enthusiastic and suggests scheduling a video call with her and a colleague. After the conversation I feel better than I have felt in ages. A new job would give me a lot of relief and maybe then I can start paying back my brother-in-law.

When I walk through the supermarket in the afternoon, Mark calls. I involuntarily startle, but I pick up anyway. “Beauty,” he says. "I've missed you." I don't really know what to answer. In fact, I'm furious at the fact that he's been silent for so long and even angrier at the fact that he's on Tinder. But yes, I can hardly start snapping at him in the middle of the Jumbo.

He asks how I am, but hardly waits for an answer. “I want to see you,” he says. "When do we meet? Thursday? Shall I come to you?” It is very annoying that the catering industry is not yet open, because I would have preferred to meet him in a public place. My home only raises expectations that I don't want to live up to.

"I don't think that's a good idea," I reply coolly. "Let's go for a walk." Mark counters that a lot of rain is expected on Thursday and that he thinks it would be more fun if I come to his office. Reluctantly I agree. At his office, we also did things that his wife wouldn't like at all.

The conversation with Pauline and her colleague Sanne is going well beyond expectations and they want me to be there. We have agreed that I will work at the office on Tuesday, Thursday and Friday, at home on Monday and off on Wednesday. Then I can keep my only client – ​​a self-help author and Ella only needs to go to daycare two days a week. Tuesday is my first day, so that my predecessor can get to know me.

At six o'clock I'm standing in front of Mark's office. Only his car is in the parking lot. My heart is pounding. I think of that lovely Chris I met on New Year's Eve. He was harsh on my relationship with Mark. I think of Josien and their daughters. To myself and my future dreams to build a stable relationship with a nice man. Maybe another baby. And I decide: this is the last time I see Mark.

I text that I'm there and a moment later he opens the door. All my intentions to keep my distance disappear like snow in the sun. My gaze glides over the contours of his face, his dark curls and steel-blue eyes. I stare at his tight jawline, his straight nose and finally his beautiful mouth with wonderfully full lips. Pfff. I'd like to wrap my arms around his neck and kiss that mouth until we're both out of breath.

Moments later we are in his room. I look at him and he at me. At the same time, we both take a step forward and he pulls me tight against him. And then we cling to each other like two drowning people. Our tongues twist each other licking. I untie his tie, he tugs at my tights. I kick off my pumps and take off my panties. I sit on his desk and spread my legs so he can stand between them.

“I want to be inside you,” growls Mark. "I've missed you so much." He strokes me between my legs until I scream with pleasure. "Is that allowed?" I nod and a moment later he is on top of me and then deep inside me. He fills me up until I can't anymore. I bite his shoulder and sob. "I love you, Laura," he moans as he reaches his peak. „I really love you very much

"And now?" I look at him as ten minutes later we are entwined next to each other on the couch. "What is going to happen now?" And then I look at Mark and don't really know if I want to hear what he's going to say.